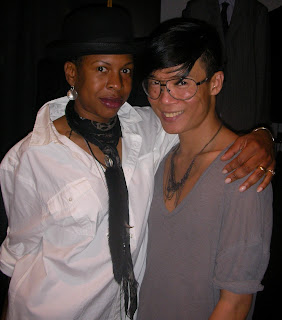 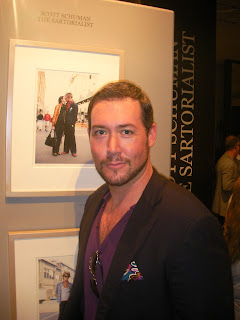 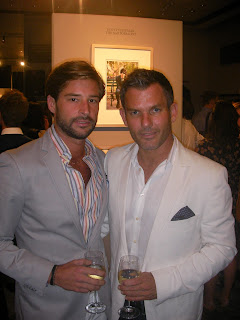 You don’t need much to become a blogger – a topic, a computer and time to gather and post your thoughts. But you just never know where it’s going to take you. Scott Shuman, a.k.a., The Sartorialist, hit Toronto Wednesday for a special appearance at Holt Renfrew. The former fashion career man was a no name until he began blogging in 2005 (“sartorial” meaning of or pertaining to clothing or style or manner of dress). A regular column in GQ, fashion week features on Style.com, paid styling gigs and a book launch later…he’s a bonafide blogging success.

So it seemed rather ingenuine for Shuman to claim “I don’t really consider myself a blogger,” in front of a styled and stylish crowd who had gathered for a preview of his photos. Whether it was his egotistic reaction to the spotlight or just too much white wine, his question and answer period was demolished by a chatty crowd’s desire to talk amongst themselves. (I guess we’ll never know what he DOES consider himself.)

Our sources coughed up a juicy bit on Shuman and his connection to Toronto – his fashion resume includes a job on the wholesale side in New York for a certain top notch Canadian clothing label. Let’s just say it’s a good thing he found blogging, because his success on the sales side? Not good. Shuman was soon given the boot….Italian leather, we’re sure.