It’s the first week of December, are you holiday partied out yet?! I hope not, dear readers, as your festive energy is needed Friday, December 21st. That’s when the F-list co-hosts a Style & Fashion Holiday Soiree at CUBE with Evan Biddell, Push Models, Kealan Sullivan of 69 Vintage and many more fashionable types.

Join me before 11:30pm for complimentary cover, holiday cupcakes and cocktails. Whether you’ve been naughty or nice, get your photo taken with Santa and his fashionistas. Work off those Christmas cookies by hitting the dance floor to sounds from DJ MISSTARA and resident DJ Mike Toast.

Consider it your warm up for New Year’s! See you there.

Once again fashion week in Toronto gets a head start with off-site shows.  From Evan Biddell’s invitation-only affair at SEVEN CONTINENTS on Tuesday to Philip Sparks presentation in the Burroughs Building on Wednesday, then over to Evergreen Brickworks for the Art of Progression Thursday night, the fashionable crowds crisscrossed the city for a sneak peek at Spring 2011.
Philip Sparks presented a hybrid runway show of menswear mixed with new womenswear pieces – love the boyfriend jackets and cute romper.  The watery colour palette was an ode to spring rain and included Spark’s first custom digital print.
Thursday’s Art of Progression show sponsored by Audi brought together Joeffer Caoc, Dmitri Chris and NADA in a group show.  Each designer featured a short video (all but lost on the audience) punctuated by a slick Audi driven down the runway.  The collections themselves were light and wearable.  We may not be sure what it was all about, but for the adventurous, the rough Brickworks venue turned an ordinary fashion show into a night of discovery. 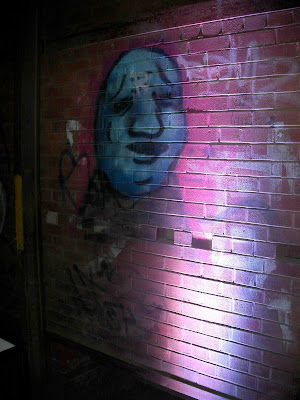 Before it’s environmental overhaul, Evergreen Brickworks sat vacant for years, serving only as a secret destination for ravers and graffiti artists.  The owners have kept much of that character in tact, perhaps as a nod to the “urban” in urban revitalization.
Caoc’s line was coined “the Comfort Zone” and featured easy maxi dresses, stretch fabrics and warm weather suits. It was one of the more casual lines I’ve seen from Joeffer in a while.  It didn’t seem to wow the crowd, but every piece was likable and wearable.  In the cold chill of the October night I imagined myself wearing these outfits… in Los Angeles.
Dimitri Chris opted for laid-back spring suits as well.  His typical dapper-ness was dialed down for washed out colours and pajama print stripes on short jackets and shorts.  I labeled this piece the “girlfriend jacket” for coming off a little too small and a little too pink.
NADA’s collection was tight – simple and ladylike.  I love her knack for injecting incredible colour and wildly interesting prints into a collection without letting them overtake the show.  And great draping on the finale blue dresses left the audience madly twittering.
For a designer to resonate with a public, they need to have a voice.  That may be an odd choice of words given a designer’s silent contribution in the form of fabric, but the voice is what the customer either relates to – or doesn’t – as it must also speak for them.
Evan Biddell‘s voice has been loud and clear since he first showcased his winning Project Runway collection. And each season that voice seems to get stronger.  It’s a voice says,  “I’m feminine and soft, but don’t f#%k with me, I can’t be played.  “For spring, the ever-daring Biddell combined the hard edge of armour with the wispy float of a summer breeze and made it work.
Biddell is, in fact, all business now.  He has spent the last five months working out of Seven Continents, a local manufacturing company steeped in design.  They produce mannequins, bust forms and pretty much any display or merchandising item used in retail, from Joe Fresh to Abercrombie and Fitch.  They clearly appreciate all facets of design and innovation.  It’s a Warhol-ian Factory circa 2010.  In fact the runway show took place inside the factory where endless mannequins towered above at the guests on massive shelves. 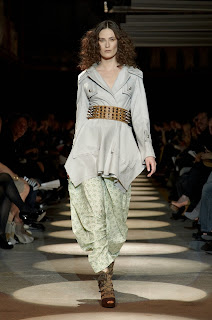 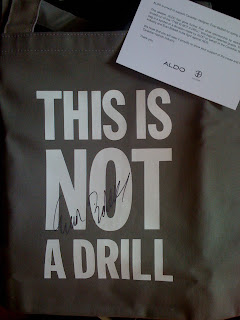 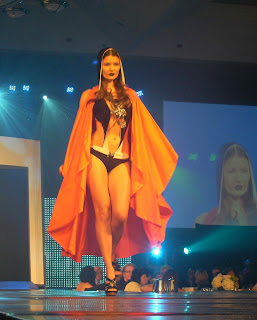 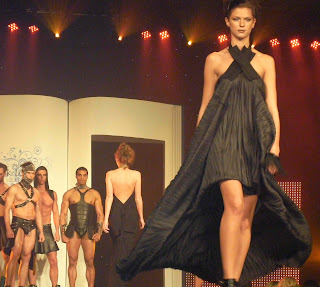 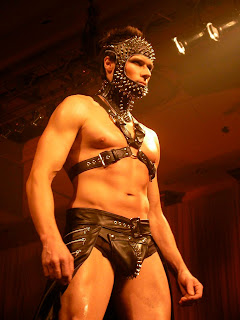 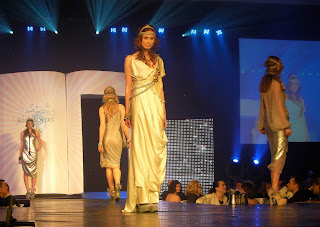 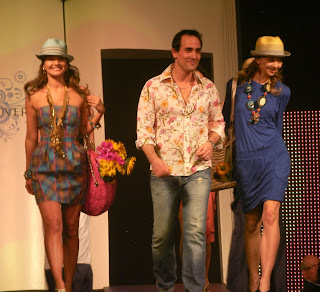 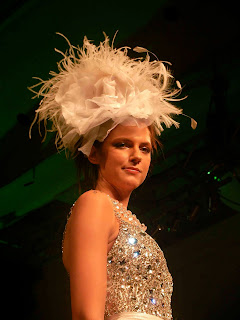 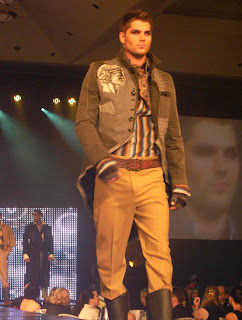 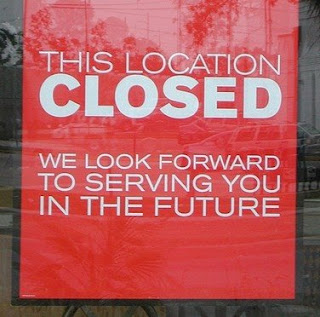 We’re down to the finale of Project Runway Canada (Global, 10pm), and this is where things start getting complicated. See, the show sells a promise. It sells the promise that, as the winner, you will be endowed with all you need to create a successful clothing label that all of Canada will buy. In reality – and not the television kind – designers in this country can be extraordinarily talented in design, wickedly precise in construction, enjoy seamless manufacturing and STILL see their label fail.

You can dress PRC’s winner up with a photo shot, magazine cover, mentorship and cash prize, but all of these will not make them a successful designer. If no one is selling the clothes, then no one is buying.
Evan Biddell was Project Runway Canada’s first winner. After winning, the self-taught designer moved to Toronto and spent the next year working out of Wayne Clark’s studio (WAY better than a Winners’ mentorship). Later he moved to his own location, revamped his fashion entourage with a new PR rep and business manager and WA-LA!
Sounds like good progress on paper. But according to his site, there are only five retail locations where you can find Evan Biddell. And one of them just closed as a result of the economy. So make that four. Local boutiques are the retail mainstay of our homegrown designers — when they go, where do our designers turn?
Both Jason and Sunny have produced collections. Jason Meyers showed his spring line at last fall’s L’Oreal Fashion Week. (I discovered Jason Meyers years ago at a local Toronto boutique….that closed last fall.) They’ve been around the design block a few times with minor starts and successes. If one of them wins, will their luck change?
Unfortunately, the answer is “probably not.” The issue isn’t talent, the real issue is the lack of retail options for a young designer. And until that changes, there are no real winners. 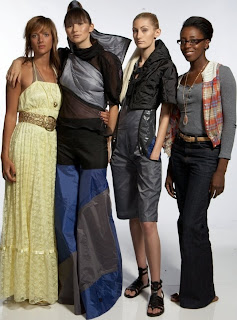