This week I joined Air Canada customers, employees and suppliers at a Pearson airport hangar to help kick off a year-long celebration of the company’s 75th anniversary. In addition to unveiling their newest fleet addition, the roomy Boeing 787 Dreamliner, Air Canada took guests on a retrospective fashion show of in-flight uniforms dating back to 1937. 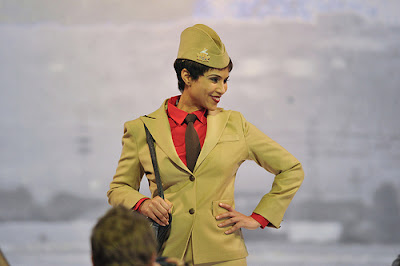 Only nurses could work as cabin crew in the ’30s, and the very first in-flight uniform for flight attendants on Trans Canada Airlines was a two button, beige gabardine business suit (above) purchased off the rack at The Bay. By the the mid-50’s stewardesses (as they were called then) the style sharpened up with a Christian Dior influenced, pale blue fitted collarless suit (below). 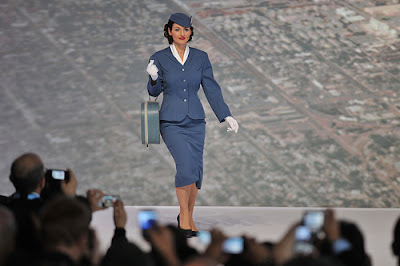 In the early ’60s (below) uniforms had become a three-button boxy wool suit and white felt hat and gloves. 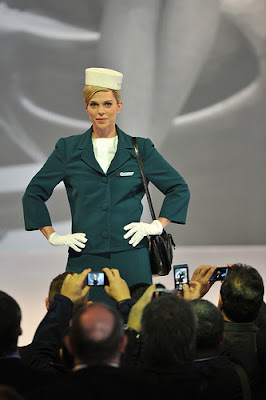 With the British invasion in the late ’60s came a “transformation from a classical formal look to something young and modern, fresh and feminine” so says the press release. Very Bond girl. Funny, it doesn’t say if the go go boots were company issue. 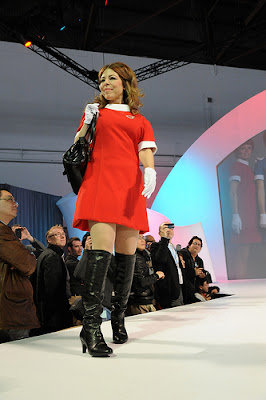 But that’s where this story ends. The remaining decades held little fashion appeal for me. The most recent outfits launched in 2004 were chosen to reflect the colours and tones of the Air Canada fleet’s interiors. Enough said.

Which is a perfect segue to mention Fashion Group’s upcoming Fashion // Interiors Trend Edit on Wednesday, March 21 at Design Within Reach. For anyone working in fashion, interiors or design, this event is for you. We’ll explore how trends uniquely influence both fashion and interiors.

Happy birthday to me! For the next ten days explore F-listed, the first online auction of its kind. Browse and bid on fashionable goods donated by Canadian designers, retailers, tastemakers and celebrities across Canada. 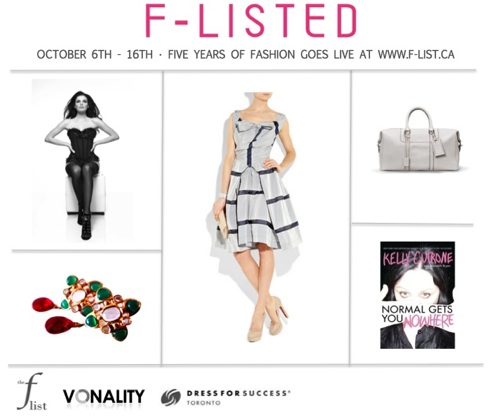 New items will be added throughout the week, so check back frequently. Are you on the mailing list? We’ll notify you when new items go live. Sign up here.

Proceeds help support Dress for Success Toronto, a cause I feel passionately about because we all deserve to look and feel our best. Dress for Success not only outfits disadvantaged women in professional attire, it helps them enter the professional world with mentoring and job interview training. It’s a volunteer organization with outlets all over North America.