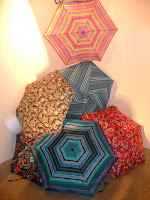 When I attended Fulton Umbrellas Canada’s spring showcase this past March, I had no idea what impact a tiny little umbrella could have on my world. As many urbanites will agree, umbrellas hardly seem worth spending money on, as you’re just going to leave it at the restaurant/in a cab/at the office anyway. So what if those $5 cheapies break after one use? See earlier note about losing it. (Pay no mind to that landfill swimming with our lost or tossed umbrellas.)
But then I met Fulton. These dashing, high-quality umbrellas not only look adorable but – more importantly – they hold up against the wind and rain. Mine pops up and pops down with the simple click of a button. Every time! The fiberglass frame is rustproof and reinforced to withstand the inversion often caused by strong winds. (Read: no chance of a Fulton turning “inside out” crossing Bay and Bloor.) And even though it’s super compact, it opens to full size, so neither me nor my shoulder bag get wet. 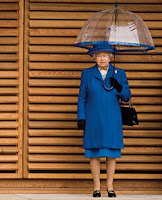 I have new respect for the humble umbrella and a company that puts so much thought and effort into making it great. Even the Queen adores them. Fulton is the official umbrella brand of the British Royal Family*. And the styles are quite fashion forward, offering up happy prints during an otherwise depressing torment of rain this spring.

Fulton umbrellas are sold at numerous Canadian retailers including The Bay, Sears, Harry Rosen and Shoppers Drug Mart Beauty Boutiques. They range in price ($19.99 – $80.00). And worth every penny.


* The Queen mum prefers the birdcage. Which one would Kate carry? Suggestions welcome!