Globetrotter, wonder woman, entrepreneur, foodie – any one of these could describe Janet Zuccarini. The brains behind some of Toronto’s most successful restaurants, she is all of these and then some. I consider Zuccarini a trailblazer. Call it a slow burn. Her Trattoria Nervosa celebrates its 20th anniversary next month, but over the past four years Zuccarini has made an indelible mark on Toronto’s restaurant scene by opening Gusto 101 off King West and Pai in the entertainment district. She’s also launched a restaurant group, Gusto 54, and has plans for two more Toronto dish spots – Chubby’s Jamaican Kitchen and an east side Gusto 101 location. Now she has set her sights on L.A. with Felix, a “coming-soon” collaboration with executive chef Evan Funke.

Nervosa has been a constant of mine since landing in Toronto 14 years ago, where I’ve enjoyed countless meals and one memorable Drake sighting. I first met Janet at a fashion week luncheon held at the old Four Seasons, and not long after, I got to know her over glasses of Veuve at a Teatro Verde event. (I know, I know, such is the life sometimes.) As an entrepreneur I was captivated by her quiet drive and enthusiasm. It’s unusual to see a successful restaurateur who’s neither a chef nor a celebrity – although she’s orbiting close to becoming the latter. Moreover, it’s frankly unheard of for a woman to be such a dominant force in such a male-dominated industry. Zuccarini has no partners, no backers and owns her restaurant real estate. This lady could drop the mic any moment now.

An inspiration? A role model? Feminine force of nature? Yes, yes. All of these and still more. I have a feeling Janet Zuccarini is just getting warm.

There aren’t many other women growing a restaurant empire — how does that feel?

I’m proud of the fact that I am a woman doing this in a very male-dominated industry. I never worked in any other restaurant other than my own, so I have always written my own rules. I think that has allowed me to think outside of the box.

You’re very driven — how do you find balance between work and personal life?

I like to say that I paid my dues in the early days when I worked 16 hour days, six days a week, working every position in the restaurant. Once I had some money in the bank, it was time to work smart which meant building a team around me. That allowed me to truly run it, as opposed to being inside of it working as a technician. For years now, I have been able to focus on being the visionary for the company, removing myself from the day-to-day operations, which has been the key to leading a balanced life.

What led you to diversify into other cuisines like Thai and Jamaican?

I’m now running the company in a very intuitive way, leaving myself open to new opportunities I probably wouldn’t have been open to or ready for years ago. We have built systems and procedures that can be applied to any hospitality business. Pai was about backing Jeff and Nuit Regular who are mega talents in the business, but needed support on the back-end. Chubby’s Jamaican Kitchen comes from my love of Jamaica and Jamaican food. I see the opportunity for this cuisine to be updated and made more relevant.

Who are your role models that inspire you in business?

Danny Meyers comes from a business background, as do I and is also driven by his passion for this business. Although I’ve never met him, I feel we are kindred culinary spirits. He’s my number one role model.

What’s your advice for young entrepreneurs?

You cannot be risk averse. If you need a steady pay cheque, don’t be an entrepreneur. As an entrepreneur you have to do whatever it takes, which may mean going without a pay cheque and moving back in with your parents – both of which I did.

What’s the best thing about Toronto in your opinion?

I am very proud that I come from a city that is so multicultural and integrated. I know it has influenced me in feeling comfortable to open up such diverse restaurants. 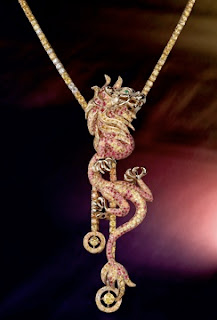