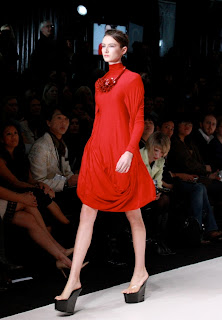 The auditions for Canada’s Next Top Model wrap up tomorrow in Toronto (January 23, 2pm – 9pm; Fairview Mall). As long as this show has been on the air – the American version is in its 11th cycle – it never fails to attract those girls who have crept out from under some rock, oblivious to what’s expected of them. As gaggles of girls prepare to strut their stuff in the last date of open casting calls, allow us to share some advice to aspiring models everywhere:

1. If you have never been in a pair of heels then you will make good television, but not such a great model.

2. Your highschool hair is not fierce. They will change it. Get over it.

3. Flip through a fashion magazine before you audition. At least once. Seriously.

4. Leave the following at home: UGG boots, leggings, scrunchies and anything that smacks of being too commercial.

5. Whatever you think you know about modelling does not matter. If you were right, you’d be on the cover of VOGUE. Be a humble and aspiring student.

6. “Everyone always tells me I should model” is not a reason to model. Pretty is as pretty does. Like anything you must be prepared to work for it.

7. Don’t be shocked when you have to bare it. Maybe a little, maybe it all – your naked day will come!